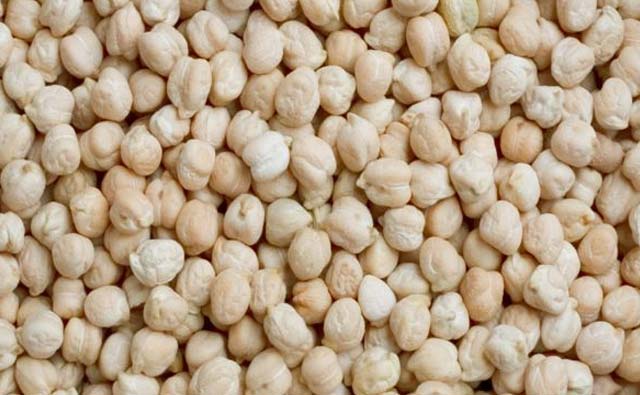 Known as kabuli chana around the world, these peas are whitish in color and are relatively big than brown chick peas. These peas have thin seed coat and are generally used in salads or in flour form. Chick peas are usually cultivated in areas which are relatively cooler and have a low rainfall. Other than white chick peas, pale yellow, dark brown, red and black chick peas are also produced and grown.In India, chick peas are mainly produced in Madhya Pradesh, Rajasthan, Maharashtra, Uttar Pradesh and Andhra Pradesh amongst which Madhya Pradesh produces the major part around 40%.

The chickpea (Cicer arietinum) (also garbanzo bean, Indian pea, ceci bean, Bengal gram) is an edible legume of the family Fabaceae, subfamily Faboideae. Chickpeas are high in protein and one of the earliest cultivated vegetables. 7,500-year-old remains have been found in the Middle East. Chick peas and Bengal grams are used to make curries and are one of the most popular vegetarian foods in India, Pakistan, Bangladesh and the UK. On the Indian subcontinent chickpeas are called, Chana in Hindi and other Indian languages, Harbharaa in Marathi, Kadale kaalu in Kannada,Shanaga in Telugu, Chhola in Bengali and Konda kadalai in Tamil

We are provider of finest quality Chickpeas to all our buyers. We are capable of providing all the Sizes/Count as per customer requirement in time bounded and quality assurance manner.