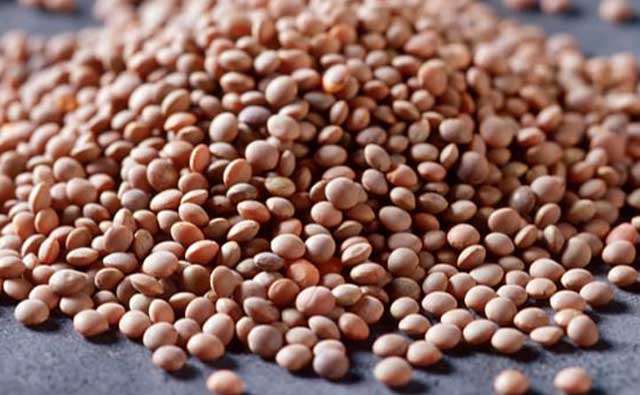 We are being known as one of the best providers of red lentils which are one of the famous lentils and are affordable as well as tasty. It can be added to any kind of Indian dish and adds a different taste to the food. At Tristar EXIM we are dedicated towards providing best red lentils which we source from different other places where they are manufactured and processed under strict quality measures to suit the health and hygiene parameters.

Lentils (Lens culinaris) are an ancient crop that has been grown since the Stone Age. Canada is the world's third largest producer and second largest exporter of lentils. About 80% of Canadian lentils are grown in Saskatchewan. Several niche lentils have been developed - French greens, Spanish browns, red cotyledons Lentils have excellent nutritional quality.

Canadian-grown lentils have an average protein content of 29%. The seeds are used as human food and the whole plant as feed. In North America most lentils are used in soups and stews. Cooking quality is a foremost quality criterion.

All lentil varieties currently grown in Western Canada target the human consumption markets. Canada has primarily been a green lentil producer and our traditional lentil destinations into Europe and Middle East –(Egypt, United Arab Emirates, Saudi Arabia).However, with the increase in the production of red lentils and the ability to further process lentils (decortication and splitting), Canada has been making inroads into additional destinations in Asia (Bangladesh, India, Pakistan, Sri Lanka)

Crimson Lentils (Lens Esculenta) Whole Red Lentil, The skin is removed from the lentil, leaving the inside portion of the seed whole (not split). The result is a beautiful intact, reddish-orange polished product. They are high in protein like any legume, bean or lentil. Crimson Lentils also cook much faster than other lentils. Just 5 minutes is all that's required. Soaking isn't necessary either. In fact, because they cook so quickly. When cooked and work best for soups, stews, salads and side dishes. Husked lentils cook very rapidly and generally turn to puree when cooke