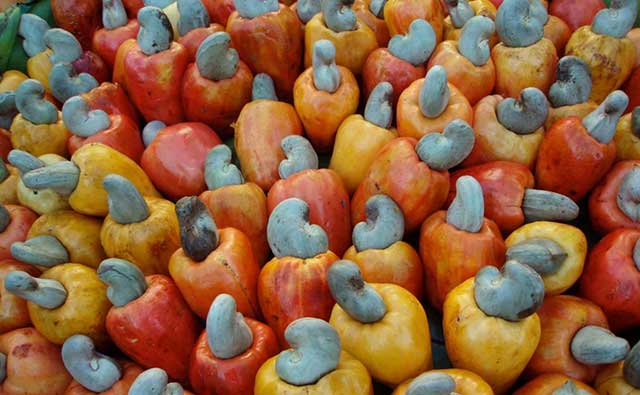 Cashew, one of the favourite dry fruits of people all over the world, is a soft, white, meaty kernel contained within the hard shells of kidney shaped, raw cashew nuts. Being widely consumed by people as a snack or used as a food ingredient, Cashew is considered as a healthy food ingredient.

Every year, the world eats more than 600,000 metric tons of cashew. Being low in fat and cholesterol, cashew nuts are rich in protein, and important vitamins and minerals. The kidney shaped edible Nuts are called kernels which are obtained from the fruit or the raw nut after removal of the outer leathery covering by different processing methods like drying, steaming, shell, peeling, grading, roasting followed by quality inspection, quality control and packing.

We at Tristar, source these cashew nuts from Tanzania and Guinea which are processed involving different steps and the processing methodologies which vary from region to region. We ensure we source these raw cashew nuts which are best in quality and taste.